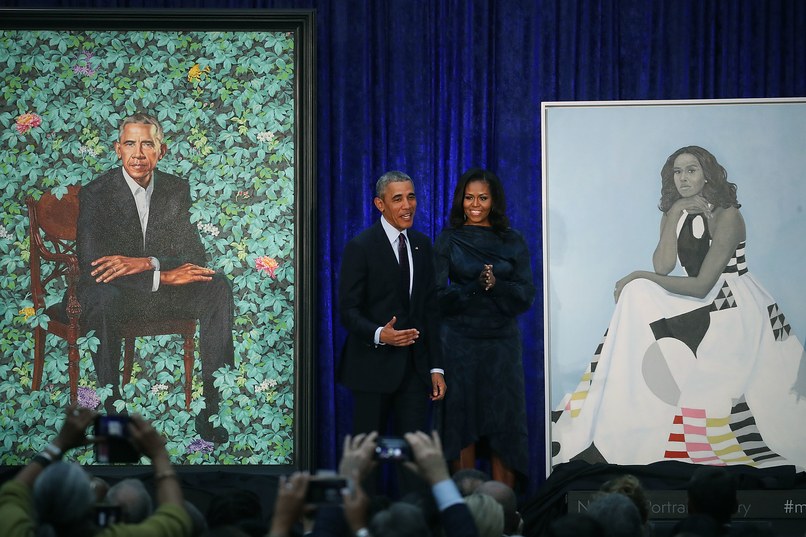 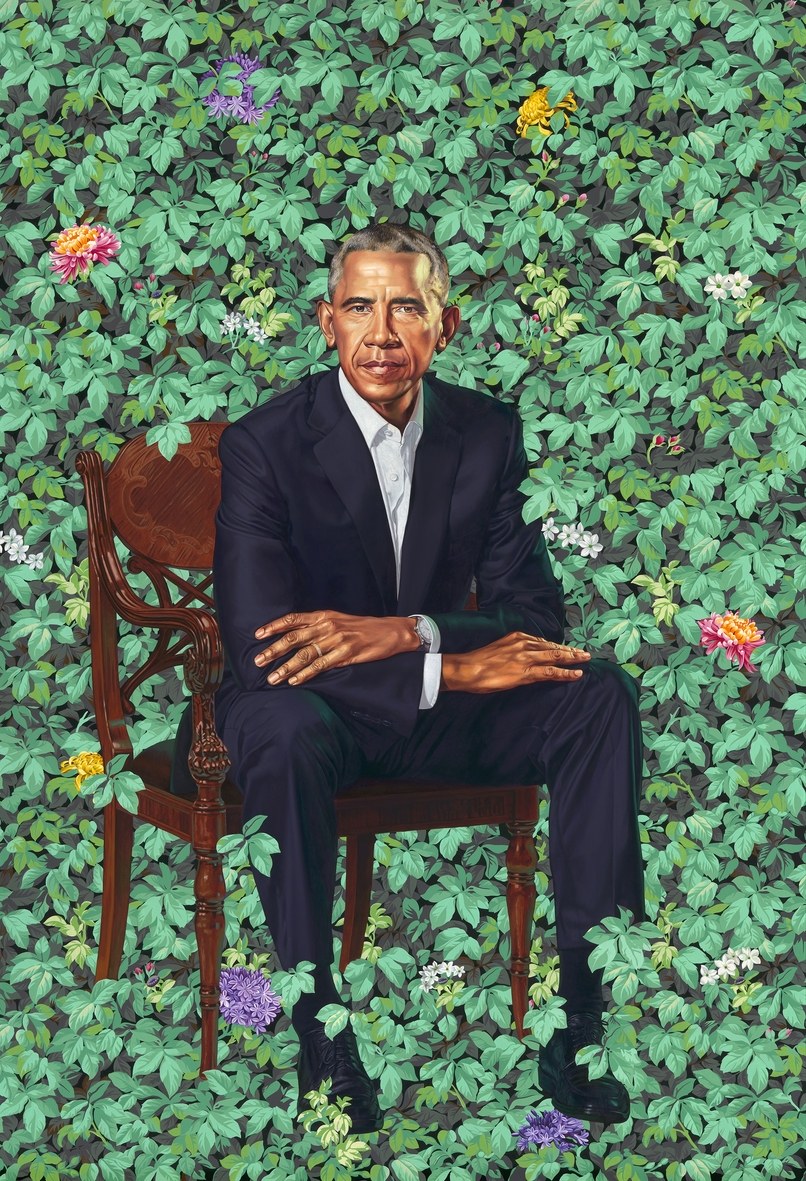 President Barack Obama’s official portrait was unveiled on February 12, 2018 to enthusiastic applause from an audience of politicians, journalists, and Hollywood celebrities. The oversized painting was created by Los Angeles native/New York based artist Kehinde Wiley in his signature realistic style, and includes visual “nods” to moments in President Obama’s life hidden in the foliage surrounding his figure. 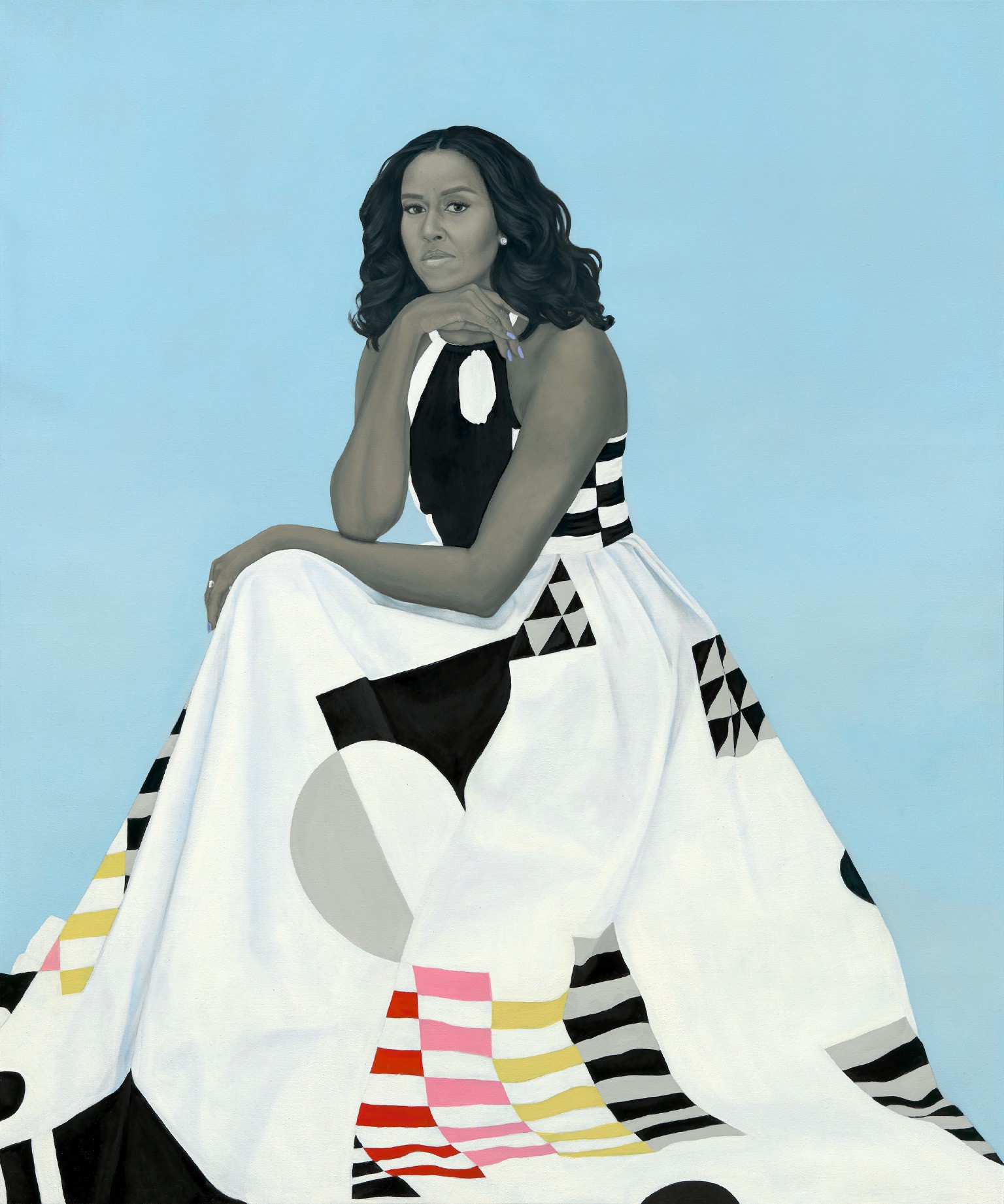 On the other hand, First Lady Michelle Obama’s portrait by Baltimore based artist Amy Sherald was not as well-received. While the painting has been praised by some who feel it captures the “essence” of the First Lady, it’s also been widely criticized—even trolled—for failing to capture a likeness.

The following image shows the two portraits next to their respective subjects:

Do you feel it’s more important to capture a portrait subject’s essence or likeness? I’d love to hear your thoughts in the comments below.